In case you missed it, the Nets came away with a tight win over the Knicks last night. How, you ask?

(Video courtesy of The Brooklyn Game) 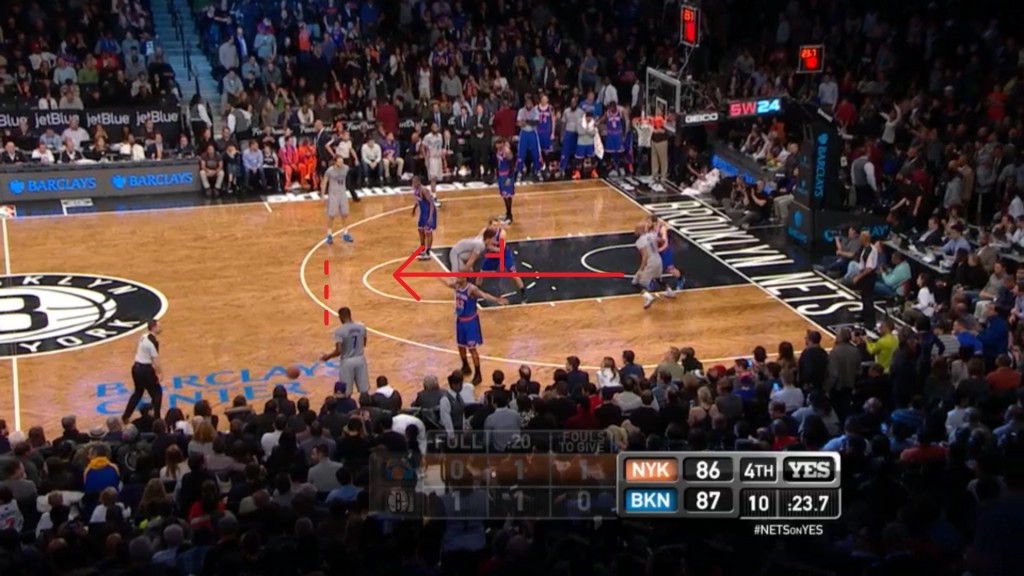 The play starts off simply enough, with Jack coming off a Lopez screen to receive the inbounds pass from Joe Johnson, who at this point had nine points in the fourth quarter. Now we see Johnson use a Lopez down screen to curl over to the weak side, while Bogdanovic sets a soft screen and quickly clears out to the right of Jack. Here’s the Nets first scoring options. If Lou Amundson had decided to pin himself to Lopez, Jack could have found Johnson cutting under the rim for an easy layup. If Langston Galloway had felt the need to pressure Jack, Bogdanovic could have found some space on the right wing for an open three or take to the rim. 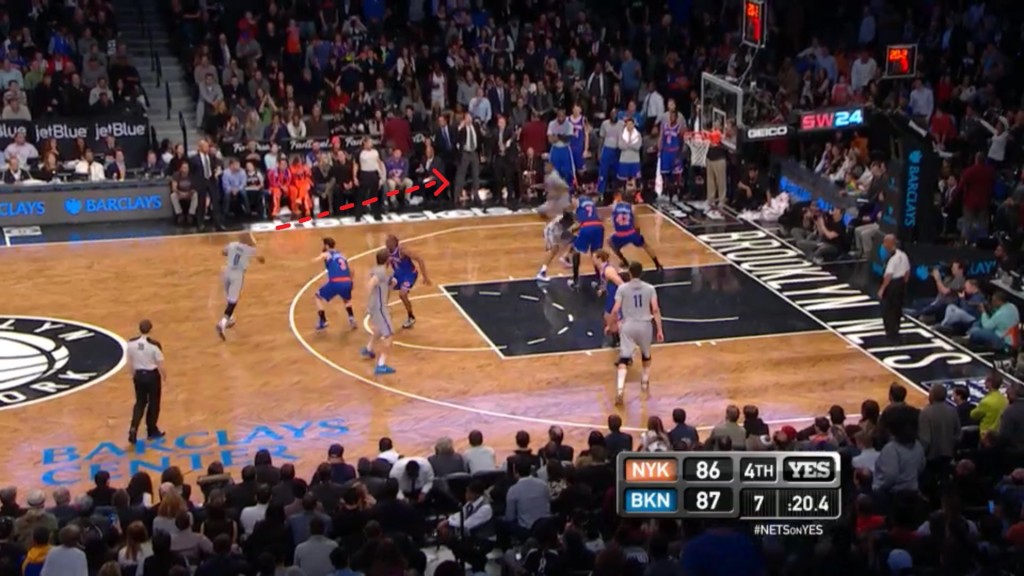 Alan Anderson sets a down screen for Johnson, which frees him for less than a second before Lance Thomas recovers. If not for Thomas’s strong maneuvering, Johnson could have found himself with a wide open look. Jack gets the ball to Joe Jesus, and then… Jack sets a hard screen on Thomas, forcing Calderon to check Johnson while Thomas tries to get back on his man. Remember when I mentioned that Johnson scored nine in the quarter? Well, either the Knicks were in “DEAR GOD DON’T LET HIM SHOOT” mode, or Calderon and Thomas mis-communicated, because both stuck to Johnson like glue. This left Jack wide open on the left wing, and no real way to save this possession.

This is one great play call from Lionel Hollins. The Knicks were surely going to focus on Johnson, and so Hollins took advantage of this accordingly. If the Nets can keep up this level of creativity on the offensive end, we might have a postseason appearance on our hands after all.